Tito Medina belongs to the fourth generation of gourd carvers; his parents Eulogio Medina and Guillermina Salome, are from which is well known for carving, etching, burning, and transforming gourds into unique works of art. Tito is a master craftsman and is known across the continent for his fine carvings and pyro-engraved gourds, each one telling a unique story. He has been carving gourds since childhood, and opened his first market stall in 1986. Through his work he has promoted the traditional craft of his region and has raised it to the level of a fine art. Over the years he has participated in several art fairs and received numerous awards for his work. 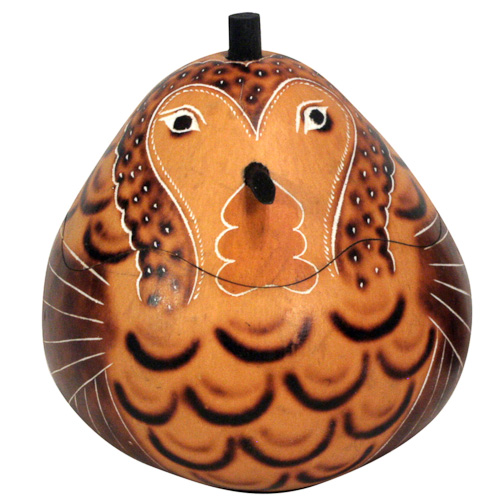 Tito and his family run Medina Handicrafts – a company that exports hand crafted gourd ornaments, masks and musical instruments. The family employs about 20 gourd artisans from the area in their engraving workshop at . Medina Handicrafts makes certain that the artisans employed with them receive consistent work and a stable income. The farmers from the costal town of , who harvest gourds for the company, also enjoy an abundant local market and consistency for selling their produce to Tito’s business, thus providing stability for their families and community.

Watch the carving process and learn more about the history of this ancient craft.

Tito Medina has also been invited to various events and fairs to demonstrate and teach his gourd-engraving craft. Since 2002, Tito has periodically participated in workshops in the and has also displayed his products at prestigious fairs such as the Santa Fe Folk Art Festival. 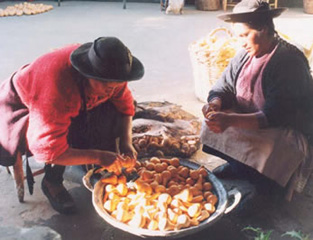 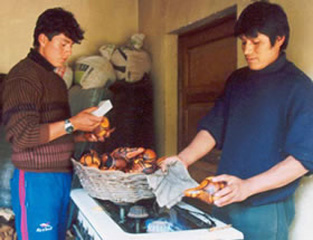